Twas October 18, 2017. The water WAS BROWN. I was literally filling up my bottle as the loud speaker said not to drink from the fountains. It was my lunch period and I was really craving some water so I told myself it was worth the risk. I took a good couple of swigs while telling myself that I got the water before I was notified not to drink, so if it’s potentially dangerous and harmful, I can blame the school. Update: I’m still alive. So anyway, being the Paul that I am, I took a sample of the water home. Last, last Christmas, I got a mini-centrifuge, and I finally had a good use to put it too! So I placed a couple of milliliters of the water into a test tube and spun it at a couple thousand rotations per minute for roughly a minute, being nagged by my entire family the entire time to turn it off. For meaningless dramatic effect, I slowly took out the vial. Holding it up to the light, I accidentally dropped it. So I picked it back up, and I WAS SHOCKED. I never really thought that I would be able to separate any pollutants from the water, after all, it’s a cheap centrifuge and I almost never managed to separate substances before. Okay, okay I’m getting to the point. There was a large brown mass at the bottom of the vial, now filled with clear water. When I say large I mean about 2 cubic millimeters, but for that amount of water, it’s a lot.[See Figure 1 Below. Its blurry but you get the gist.]

I immediately referenced one of my mom’s nursing textbooks for the symptoms of lead poisoning and luckily, I wasn’t exhibiting any. And so, I continued my quest for further enlightenment and disgust. I removed the brown mass from the vial and placed it onto a blank microscope slide. What I saw under 40 times magnification that day changed my life… [See figure 2 below. Still blurry and you still get the gist.]

As you can hopefully clearly see, that is not clean water. And that was that. Exposed. What contaminants might these be? Do I really want to know? No. Ignorance is bliss and that’s the only reason I still eat hot dogs. So anyway, I immediately shared these findings with the scientific community, a.k.a. my Snapchat story. That, by the way, yielded the most comments I ever got on a single post; 6. Then I whipped up handwritten lab report to bring to school tomorrow and proclaim the great news! I showed a bunch of my teachers, but all I got were laughs, looks of disgust, and raised eyebrows. Ms. Luca even called me a nerd to my face. To my disappointment, there were no Nobel. Oh yeah, when I showed Ms. Romano, my science teacher, she was very concerned and sent me to show the janitors. Thankfully, only Pete was there. But I ended up being laughed at and lectured on the age of New York City pipes, as well as the quality of New York water, which it turns out, is sustainably sourced from reservoirs upstate and treated with bleach! Who knew! If you were wondering, I tested it again the following week and it was significantly cleaner, not as clean as Evian water #notsponsored, but probably safe. And that’s that. Best of luck! 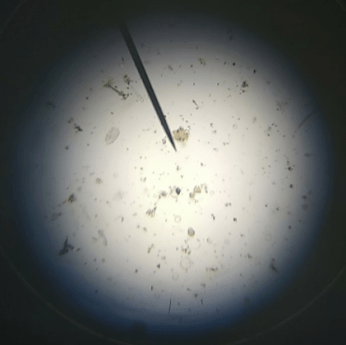