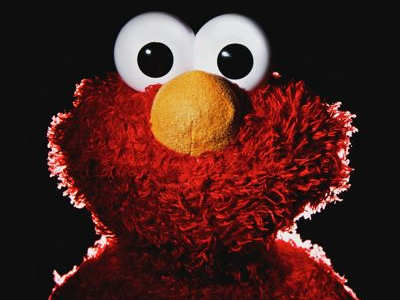 Emma O’connor had just moved from Connecticut to Pennsylvania. She didn’t want to move but she was forced to because her dad had just gotten a job at a bank.

Finally one day she realized that everyone in her school knew what house she had moved into. A girl in her class named Avery told her that there was a myth that in the house she moved into there was a giant red ghost that was hungry and haunted whoever lived in that house. When she got home from school that day she asked her parents about the red ghost but being her parents of course they said that there was nothing to be afraid of and everything was fine with the house. Emma and her parents had chicken and waffles for dinner and then everyone went to sleep.

That night when Emma was in bed she heard a strange moaning sound coming from downstairs. She looked at her clock, it was one o’clock in the morning so it couldn’t be her parents. Emma put on her fluffy bunny slippers and got out her flashlight. She slowly crept down the stairs and into the living room where there was nothing there. She went into the dining room where the moaning sound started to get louder.

Then she heard a shriek, Emma jumped and accidently knocked over a picture frame luckily not breaking it. She knew that the sound had to be coming from the kitchen. She took one of the candles in  the dining room table and held it up like sword. She slowly walked into the kitchen. She quickly turned on the light to see a hairy red creature sobbing on the floor that looked up at her.

“What the-” the creature started crying hysterically. “Shhh no, no be quiet!” Emma yelled muffled not wanting to wake up her parents. She knelt down to the same height as the furry red creature. She looked closer… she rubbed her eyes to make sure she was seeing clearly. It was Elmo! “What was Elmo doing in her house?” she thought. ”What are you doing here?” she asked Elmo. “I have lived in this house while I was a star on my own show,” he replied wiping his nose. “I relied on this house to get food but someone ate all my chicken and waffles.” Elmo said.

Emma looked around and laughed… “yeah that was me and my parents.” Elmo looked at Emma and said “ do you want to be friends?” Emma looked so happy, she hadn’t made any new friends in her new school. “Sure!” she exclaimed. “Great!” exclaimed Elmo with a creepy smile. Emma didn’t notice anything weird about Elmo because his red fur covered up all the blood. Yes, all the blood….

Emma lived happily ever after in either Elmo’s stomach or the sewage system, no one knows. The lesson in this story is that if you find a creepy Elmo in your house move out immediately.