Hello fellow students! My name is Isabella C (a 6th grader), and I am starting a crafting column.

For this week, we will be hand sewing a Jack-‘o-lantern pouch. If you don’t hand sew, you can try to piece this together using fabric glue, or using a sewing machine. 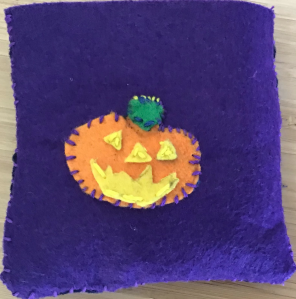 Supplies needed for this craft: 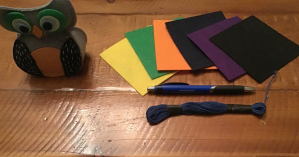 The stitches and knots in this project

It is important on what stitch you are using for this project, because they have different purposes.

The first stitch is known as “Straight stitch”. It is very simple and common, but not the one we’ll be using mostly. Here is an example:

When sewing, in the beginning, you tie a knot at the end, or your thread will pull straight through.

Another stitch we’ll be using is called “whip stitch”. It’s used for stitching pieces of fabric    together, and we will be using it quite frequently. Here is an example of the whip stitch. If you get confused, here is a link to a video on whip stitch: Whip stitch video 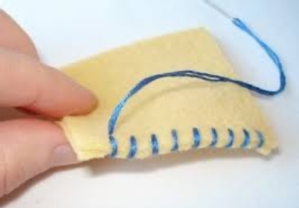 Part two: Attaching the pumpkin to the pouch

Enjoy the pouch! You can put anything in it, or if you already know how to sew, you can sew on straps to carry it by hand, or sew it to a belt, or maybe even a bigger bag.