Hi guys I am Matthew L and I am going to recommend some books. I hope you guys try them! Send your book recommendations and reviews to publishme@theswerve187.com 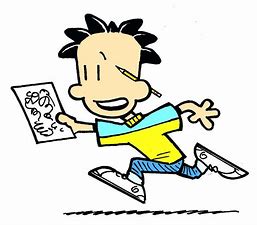 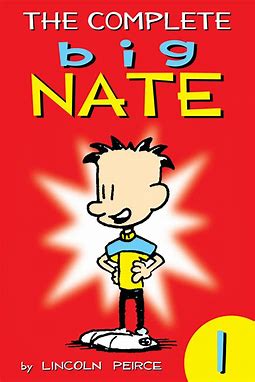 My first book recommendation is Big Nate. The first book is The Complete Big Nate 1.
It is a comic book series about a young boy in middle school, but he isn’t a regular boy. He has a world record of detentions. Big Nate has lots of enemies like his social studies teacher. He gets in a lot of trouble in class. He has 2 main friends (more come as you read more), but in the beginning he only has one friend named Francis.
His friend Francis is in love with Nate’s older sister, talk about weird love! Nate is on his quest to get Jenny (the girl he always had a crush on). There is also a mini series with color. The mini series just mostly shows what you already read from the none color series, but the color series now have more books than the none color series.

Big Nate is very funny for example, (Spoiler Alert) Nate put a sign on him and the sign said I have the answer and Francis said what is the answer. Nate said that he had to pay him a dollar for the answer. Francis gave Nate a dollar and asked what the answer was. Nate calmly said What is the question?” Talk about a scam! As you saw in the pictures, big nate has changed quite a bit.  Nate’s sister, Ellen has a lot of loves like Kenny, Gordie, and Mark. Kenny and Ellen  broke up so did Gordie and Ellen, and Mark and Ellen, but Ellen and Gordie have come together again. Gordie has a job in the comic store and gets Nate a discount. That is why Nate likes Gordie to be with Ellen.

Other than that Nate is messy, but somehow he has a filing system that has everything, but his homework! He also can remember a lot of basketball facts in a second, but can’t remember what 12×6 is. Nate has a “friendly” rivalry with Artur, the kid who is better than him in every way. Also, Artur is going out with Jenny who Nate likes. Artur is kind of like a teacher’s pet, while Nate is a troublemaker. Nate is also a cheater in Monopoly. He builds hotels on railroads. His other friend Teddy is from Puerto Rico. He is like Nate, but better by not that much. Nate is also a prankster on prank day.
His revenge on all the teachers with crazy pranks like making cars disappear and filling a room with chocolate pudding. I hope you will check out this book, like the book, and I hope you like this book review and found it helpful.